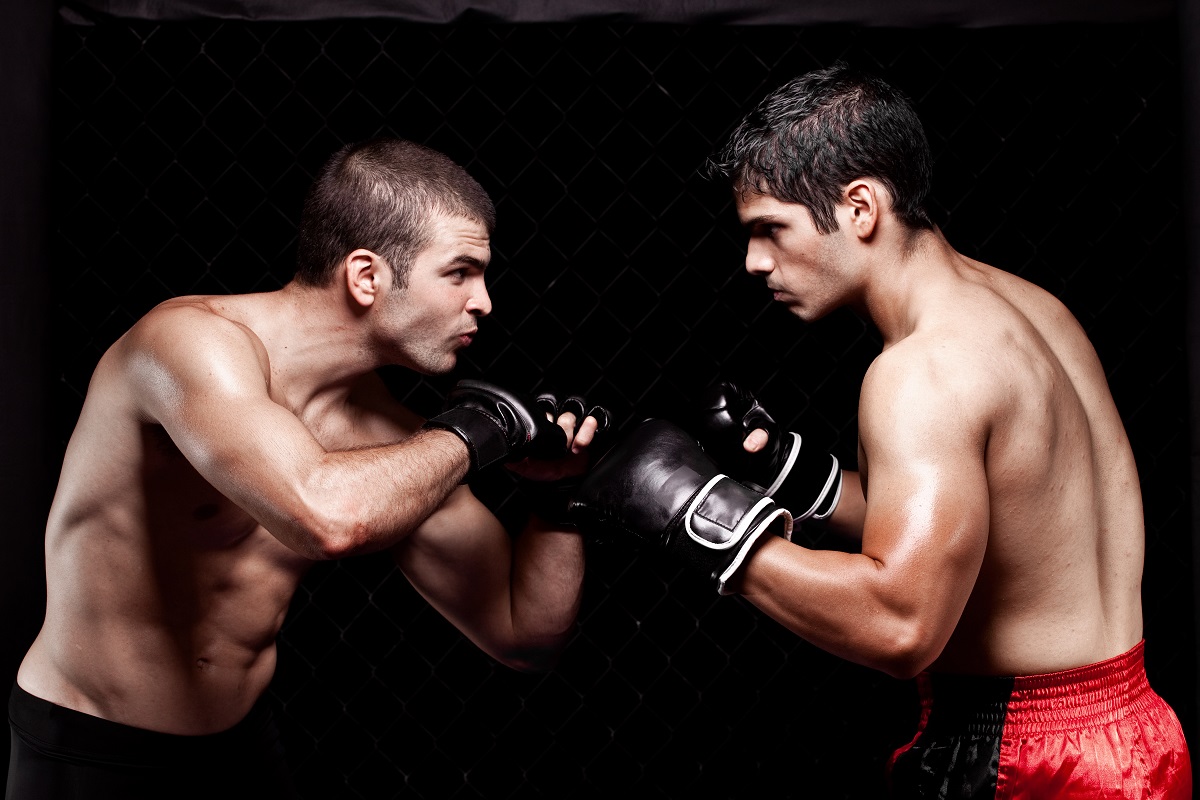 MMA and boxing are often mentioned in the same conversations. But what are the differences between these sports? Is there any cross-over between them?

Both forms of combat can be effective for training, fitness and self defense. But when it comes to the question of which is better, the answer is that it is situational, and it depends on the goals you want to achieve.

There are advantages and disadvantages of both sports. In general, most people would agree that MMA can produce a more well-rounded fighter because of its diversity of styles and techniques. Whereas boxing has a stricter set of rules and focuses primarily on the upper body.

We’ll be comparing and contrasting different aspects of MMA and boxing including popularity, stance, gloves, bags, use for self-defense, and risk of injury.

MMA vs Boxing: Differences And Similarities

The biggest difference between these sports is that boxing is, well, boxing. Whereas MMA is “mixed martial arts” – a whole range of different martial arts which can include Muay Thai (below) and Brazilian Jiu Jitsu.

Boxing training, however, can be incredibly useful if you are training as an MMA fighter. There are techniques and training disciplines that cross over between both sports. Boxing concentrates in part on footwork and head movement which can be a great advantage for an MMA fighter.

MMA came about officially in the early 1990s, primarily as an effective form of self-defense which combined multiple martial arts for maximum effect. Boxing has been around for centuries and is a more well-established sport. However, this is arguable because MMA combines some ancient forms of combat which have been practised for centuries like wrestling.

Both boxing and MMA are difficult sports to master. Training to get to a good level is long and can be gruelling. MMA may take longer to train up – it involves stand-up, clinch, and ground techniques. In boxing, you are just learning the stand-up form of attack. This means that, in theory, you are only training the upper half of your body.

Another similarity is that both combat sports are excellent for fitness. Good training can cover core strength, cardiovascular strength, conditioning, and so much more.

One difference is duration of fights and endurance. Boxers tend to have better stamina. They compete over 10 to 12 rounds, and every round will last roughly 3 minutes. MMA fighters compete for around 3 rounds, each round lasting roughly 5 minutes. So boxers last for longer, but they are effectively only dealing with half their opponent whereas MMA fighters are dealing with the full body and range of techniques employed by their opponent.

The rules of a boxing match and an MMA fight differ a lot. Boxing has much stricter rules generally, and a fighter can only throw punches and hit their opponent above the belt. Whereas, in MMA the rules are more relaxed and fighters can use a range of moves.

There has been a long-standing “rivalry” between these combat sports, especially with a surge in the popularity of MMA. This has resulted in boxing becoming less popular as it can be seen as a bit of a one-dimensional sport compared to the breadth of MMA disciplines. But boxing certainly hasn’t been outcompeted yet in terms of popularity.

What some people forget is that boxing is a discipline in and of itself within MMA. Many successful MMA fighters such as Conor McGregor (below) specialise in boxing training and technique.

One advantage boxing has over MMA in terms of popularity is TV viewings. Boxing has been around in the public eye for much longer, so people know what they are looking at when they watch a boxing match on TV. MMA has not had the same amount of TV coverage until more recent times, so people are often confused between different MMA disciplines, and this can decrease viewing numbers. However, this is changing quickly.

In the professional field, boxers will typically earn a lot more money than MMA fighters due to the longevity of the sport and the world-wide recognition. Professional boxers often have a higher profile compared to professional MMA fighters.

It is difficult to compare these skills when we are talking about self-defense because it is highly situational. For instance, boxing can be a great aid in stand-up situations. Here, the focus would be on timing, use of the space, predicting or reading your opponent’s next move or intention.

Boxing training focuses primarily on the hands. This can make a boxer vulnerable to being taken down or kicked.

In on the ground situations, boxing is not likely to help you out. MMA is a better skill in this case because you will be used to a variety of offense and defense technique – punching, kicking, takedowns, knees, elbows. Part of your training will be recovery from takedowns too.

As self-defense, or in a street fight situation, MMA is a better option. The diversity of training equips you with a wide-ranging skill set, preparing you for many kinds of offenses. MMA gyms, or practising a combination of martial arts is recommended for self-defense purposes.

The typical boxing stance is considered to be standing with your feet places shoulder-width apart. Your dominant leg and arm are positioned to the rear, with your weaker leg leading – the foot will point forward or at a 45-degree angle. A fighter will stand with their knees slightly bent and hold their hands up close towards their head.

There is not a typical stance for MMA because the different styles will all use different stances. For example, punchers and kickers have very different stances. One commonality between the combat sports is that a fighter will have a lead and rear hand or leg which will dictate the position of the stance.

While the boxing stance offers the advantage of attacking and defending quickly, with weight behind the punches, MMA stances can usually be adapted depending on the opponent’s fighting style or fight plan.

Both boxing and MMA share some common items of equipment: gloves, a mouth guard, and a groin guard. Boxers fight with shoes on while MMA fighters usually fight barefoot and sometimes with shin guards.

The main difference between boxing gloves and MMA gloves are the finger compartments. In boxing gloves, the fingers wrap inside a single padded compartment. This allows boxers to deliver a strong, swift punch. MMA gloves separate the fingers like a standard glove, but leave the both the finger tips and knuckles exposed. This is because MMA fighters need to use their hands in clinches and during wrestling, so they require more dexterity compared to boxers.

MMA gloves are much less padded compared to boxing gloves which can be packed with a pound of soft, wadding material. Boxers will land and receive a great many punches to the head, to the padding helps to protect from more serious injuries.

Boxing gloves have a specific weight dictated by the rules of every boxing federation. They are over-sized so that wrists and knuckles can be wrapped within the glove for extra protection. MMA gloves are close-fitting to the hand, and mostly fighters will not wrap their hands.

Although training bags are used for the same thing in both combat sports, there are some key differences between them. MMA bags will be longer and thinner so fighters can train low kicks. Boxers do not need such as long bag as they only train to punch above the belt line.

The core of the bags also differs: MMA bag cores are filled with water while boxing bag cores are constructed from a solid padding. The padding the boxing gloves can stand up to the strong padding in the bag. But the gloves of an MMA fighter are far less padded, and the water-filled core helps to absorb their strikes and reduce the impact on their wrists and knuckles.

Boxing bags weight can range from between 80-120 pounds, dictated by metal weights, sand, cotton batting, or a combination of these. MMA bag weight depends on the amount of water in the core, and usually weighs around 100 pounds.

Hanging bags are used by both boxers and MMA fighters, and are ideal for both combat sports. MMA training often involves freestanding bags too to help the fighter train in different disciplines. Boxers may use freestanding bags to train, but hanging bags which swing when hit allow a boxer to practise footwork, bobbing, and weaving more effectively.

MMA vs Boxing: Risk Of Injury

Statistically, MMA is a safer sport compared to boxing. While boxers are more likely to come away with more serious injuries that will hinder their health in the long-term, MMA fighters receive a higher frequency of minor injuries such as bruising.

There is a higher risk to MMA fighters for facial cuts and contusions than for boxers. However, boxers are more likely to get serious eye injuries and lose consciousness as a result of a fight. Injury rates are higher during training than during actual matches in both sports. Wrestling is the most dangerous of the MMA disciplines (below).

In terms of deaths as a result of boxing vs MMA, the number is far higher in boxing. This is due to several reasons, the primary one being that boxing is older than MMA – it has been running for a longer time and safety regulations were less strict decades ago compared to nowadays.

The precise number of deaths throughout the history of boxing is not agreed upon. While some sources state 923 fatalities in total, a study in 2011 concluded that there have been approximately 1064 deaths due to injuries sustained from boxing matches.

Although there are a high number of potentially fatal moves within MMA disciplines, there have been very few deaths in the sport; 7 fatalities in official matches and 9 in unofficial matches.

Woo! Vegas! Yes, it’s the renowned “sin city” in the US… but it’s not just full of casinos and unhealthy food joints. Las Vegas hosts the most memorable boxing matches in the world, and it’s an amazing place to train too. If you’re thinking of joining a boxing gym in Las Vegas, you need to… 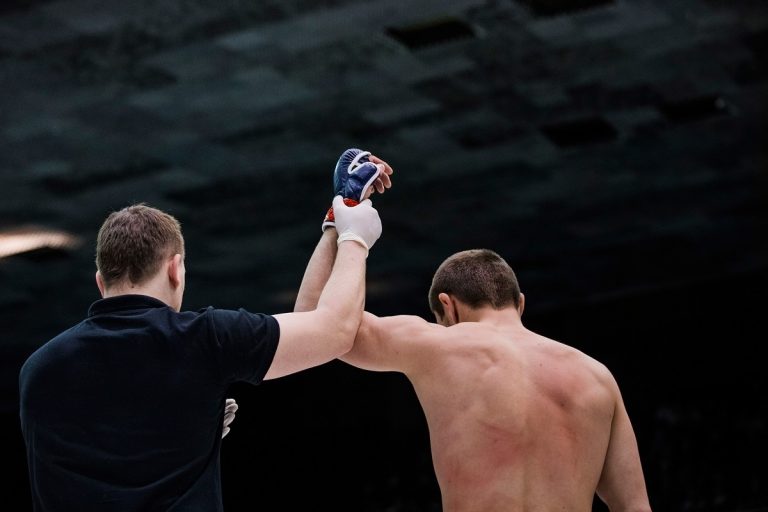 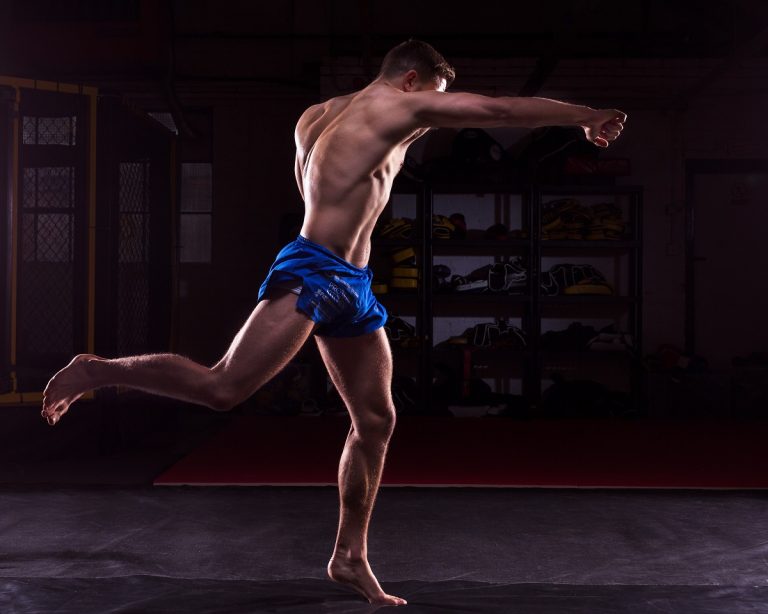 A superman punch is undoubtedly one of the most outlandish moves in the combat world. In the real sense, it’s more powerful because the fighter uses his entire body to exert pressure on his opponent. As a result, there’s a significant increase in force and power behind the jab. Many fighters consider this punching technique… 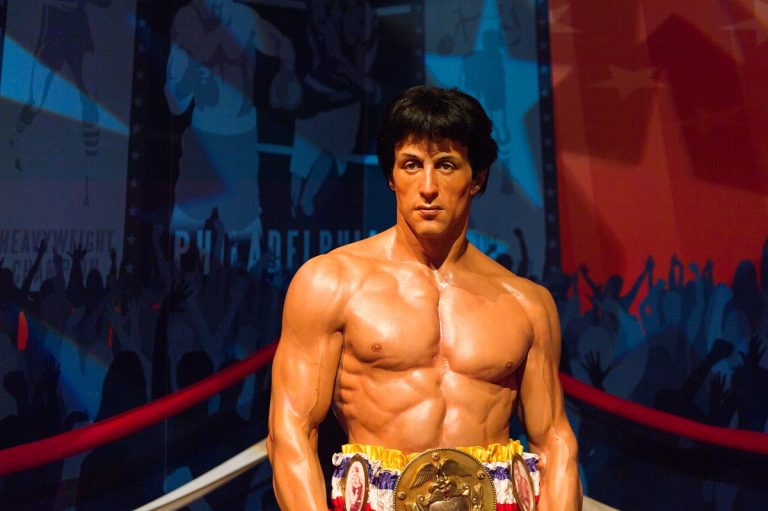 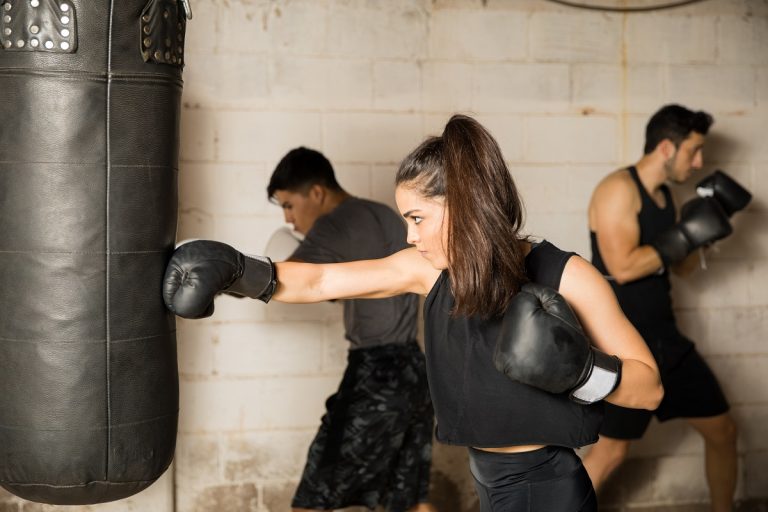 Boxing and mixed martial arts (MMA) are becoming increasingly appreciated in the US, and Texas is among the leading states with a significant following of over 1.5 million. With its excellent combination of old and contemporary patterns, San Antonio, Texas, has always showcased an impressive boxing spectacle. Similarly, the city is popularly known as a… 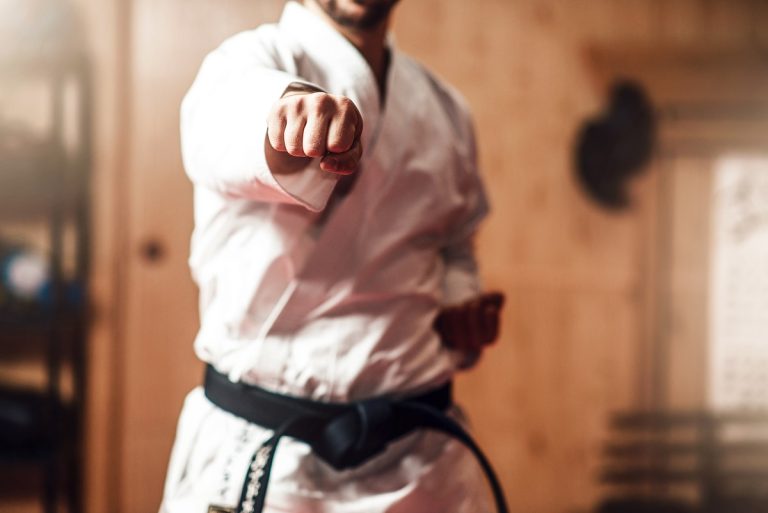