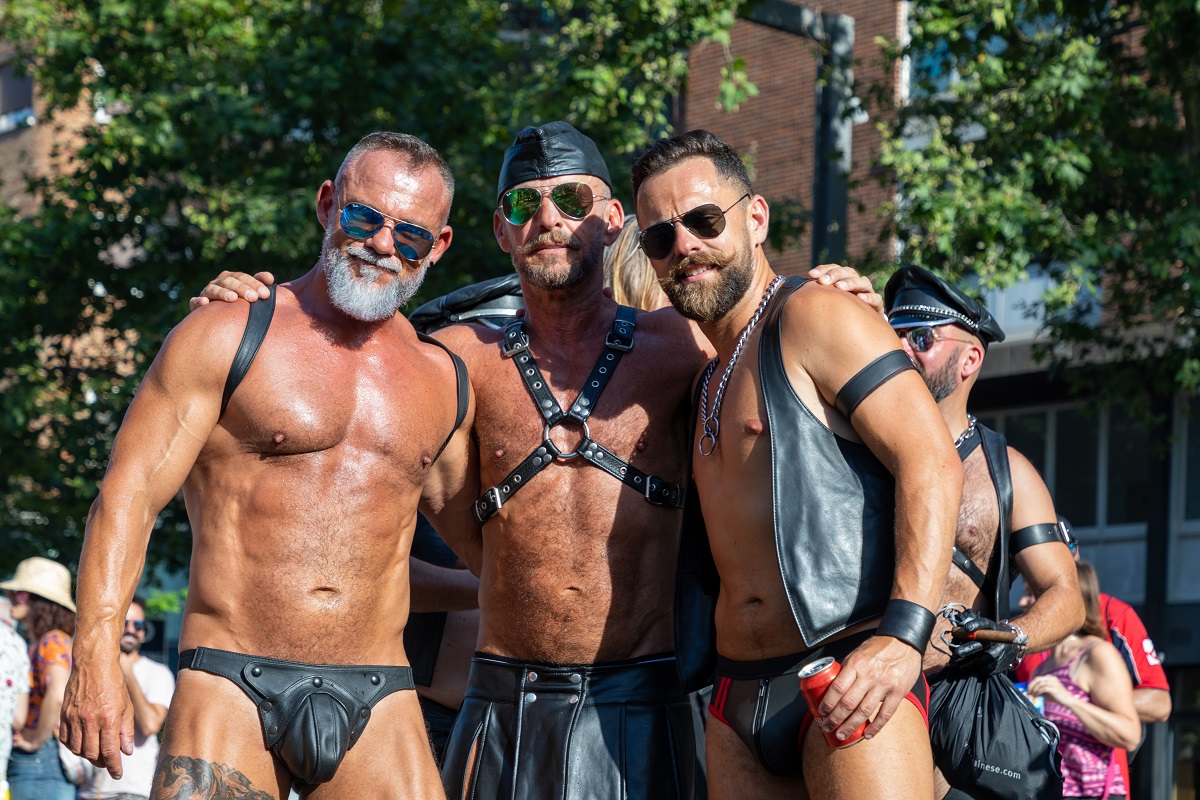 Suppose you’re sitting in the first or second tier or standing by the ringside seats watching live as amateur wrestlers bash themselves tactically. Then, curiosity got the best of you so much that you started wondering:

“What’s that thing under their colored wrestling singlet giving their groins an extreme bulge?”

On the other hand, you may wonder how to safeguard your vulnerable body parts as an aspiring fighter willing to go into wrestling.

“How do these wrestlers protect themselves?”

“Do these singlets provide maximum protection?”

Similarly, suppose you’re a striving female wrestler, considering how skin-tight and revealing the wrestling singlets are, and you desire more “modesty.” In that case, you may wonder whether there are any means of wearing underwear in the sport.

We’ve been on this road before and have threaded it safely. This piece will explain everything you need to know about wrestling underwear and its function. You’ll also learn new things about the wrestling singlets and appreciate them more.

Before we dive into the deets, here’s a quick summary.

Many male wrestlers don underwear, such as jockstraps, protective cups, and compressive shorts during a match. Female wrestlers feeling uncomfortable about the revealing nature of the wrestling singlets may wear protective bras under the singlet. Apart from concealing the wrestler’s sensitive body parts in public, these pieces of underwear also provide them with some degree of protection during fights.

Meanwhile, a wrestler’s singlet choice also matters, as some are better at blurring and protecting body parts than others. Some include high cuts, FILA, and low cuts.

In the subsequent sections, we’ll describe the underclothes mentioned above — the undies and the wrestling singlets.

Despite how uncomfortable it is to wear tight-fitting clothing, wrestlers don some gears under their singlets. However, some wrestlers don’t wear them unless the team, sports bodies, or organizations make them mandatory.

Wrestling is a combat sport where the fighters attack each other at a neck-breaking speed and vigorously throw one another to the canvas, pins, and hooks. So, you should know how dangerous a wrestling match could be, especially when your delicate and vulnerable body parts are exposed.

As a result, most boxers wear protective gear under their singlet for optimum protection. This reality brings us back to the question:

“What do wrestlers wear under their singlet?”

The most common protective gears wrestlers wear under their singlets are jockstraps, groin cups, protective bras (for women), and compression shorts or tights.

Let’s have an in-depth look at these wrestling underclothes:

Jockstraps are pant-like wears fitted under wrestling singlets to prevent sudden blows to the groin. They help bundle a man’s genitalia to a safer angle preventing it from constant friction. Still, jockstraps have begun to wane out of use; wrestlers hardly use them in recent times due to their protruding shape.

Protective cups are in the form of plastic pouches housing a wrestler’s bits and pieces. They cushion the effect of a direct blow to the groin.

These gears are usually inserted in a singlet, jockstrap, or compression tight. Regardless, most boxers are scared of using them, as they can dislodge from their placement and lodge into a vulnerable area. Thus, they pose more danger than when they’re not used.

Compression shorts are contemporary underwear providing more comfort and protection by shielding a wrestler’s genitals to avoid friction. The revealing nature of singlets (skin tight) makes compression shorts a must-go-for, especially for those sensitive to exposing their body.

Protective bras are used by female wrestlers who feel too uncomfortable about exposing their delicate body parts. It also protects the breasts from unforeseen blows. We’ll talk more about this underclothing in the next section.

What Do Female Wrestlers Wear Under Their Singlet?

The revealing nature of wrestling singlets is a major turnoff for some aspiring female boxers who tend to be very strict with their “modesty.” The reason for this isn’t far-fetched; wrestling singlets are built with elastic materials that often stick to the skin so spectators can practically “x-ray” what’s underneath them.

“So, what do female wrestlers wear underneath their singlets to avoid this inconvenience?”

Female wrestlers don compression tops, tights, or protective bras under their singlets to ward off the prying eyes of the spectators.

It may be embarrassing if their wrestling singlets tear off and expose the wrestler’s sensitive organs. As such, the National Federation of State High School Association (NFSHSA) has made it mandatory for all female wrestlers to wear compression shorts under their singlet to conceal their breasts and other sensitive parts.

Wearing gears underneath wrestling singlets shields a wrestler from critical injuries and conceals their delicate body parts from unwanted sight.

However, some wrestlers argue that donning underwear during fights has downsides. These fighters don’t sport them, as they believe it makes them slower and less comfortable. Hence, they prefer not to wear anything under their singlets for better speed and comfort.

Is the Wrestling Singlet That Important?

You may wonder, “why do wrestlers wear a wrestling singlet in the first place?”

Customized singlets are compulsory for wrestlers, particularly amateurs, to protect their skin in the ring. A singlet is to amateur wrestlers as a school uniform is to students.

As you may suspect, wrestlers don’t don singlets for beautification purposes. In fact, wrestling singlets aren’t that comfortable due to their close, tight-fitted nature — nearly shaping their bodies.

Wrestling singlets are produced with materials, such as Lycra and Spandex, which makes them elastic and skin-fitted. In this light, they nearly expose the nitty grits of the body parts.

These singlets look like a tank top with shorts or pants attached to a vest. Therefore, they aren’t just for wearing sake.

Here are some reasons for the skin-tight and slippery nature of wrestling singlets:

There are three types of wrestling singlets, each with similar but slightly different features. Their similarity only lies in the manner of cuts and tops.

These are the three varieties of singlets available for wrestlers:

High cuts are a type of wrestling singlets with the top region covering as high as above the axilla (armpits). These singlets have cuts exposing the parts around the armpit and below the neck. For a vivid description, they look like sleeveless shirts.

The major difference between high cuts and a typical sleeveless shirt is that high cuts have two cuts across the armpits while exposing some parts below the neck. High cuts are most common in formal matches, like the Olympics.

FILA cuts are quite similar to high cuts, only that their top part doesn’t cover as high as the high cuts. As such, they expose almost every body part under the axilla and neck region. Like high cuts, FILA cuts are acceptable in all formal competitions, including the Olympics.

Low cuts differ from FILA and high cuts, as the name suggests. Here, the top part only covers as high as half of the stomach, and the two cuts or straps divide and rest on the shoulder. These straps could be strapped on the back.

How do I know the right undergarments?

Here are some factors to consider when picking an undergarment:

What are the various colors of wrestling singlets?

Various colors are used to differentiate wrestlers. However, red and blue are used in formal competitions like the world championship or Olympics. In essence, your color choice depends on the type of competition and the team or sports organization’s guidelines.

What types of underwear are used in wrestling?

Under their singlets, wrestlers wear undies, such as jockstraps, protective cups, compression shorts, and protective bras. These underclothes are accepted in formal wrestling competitions.

Why are wrestling singlets skin tight?

Although they necessitate underwear, wrestling singlets are skin-tight to prevent the illegal act of wrestlers grabbing each other’s clothing. They also give the referee a clearer view of the wrestlers when awarding points and pins.

What do female wrestlers wear under their singlets?

Female wrestlers wear compression tops, tights, or protective bras under their singlets to protect their delicate body parts and ward off the prying eyes of the spectators.

Wrestling singlets are customized to fit the fighter’s body firmly to prevent illegal grabs and make all their actions visible to the referees. For some reasons, such as protection and perceived modesty, wrestlers incorporate other gears under their singlets.

Some protective gears used in wrestling include jockstraps, protective cups, compression shorts, and protective bras for female wrestlers. However, not all boxers appreciate wrestling underwear, as they deem them uncomfortable and speed dampening.

Regardless, the decision on whether wrestlers should put on underwear or not depends on the guidelines of the team, level, competition, and sports organization. 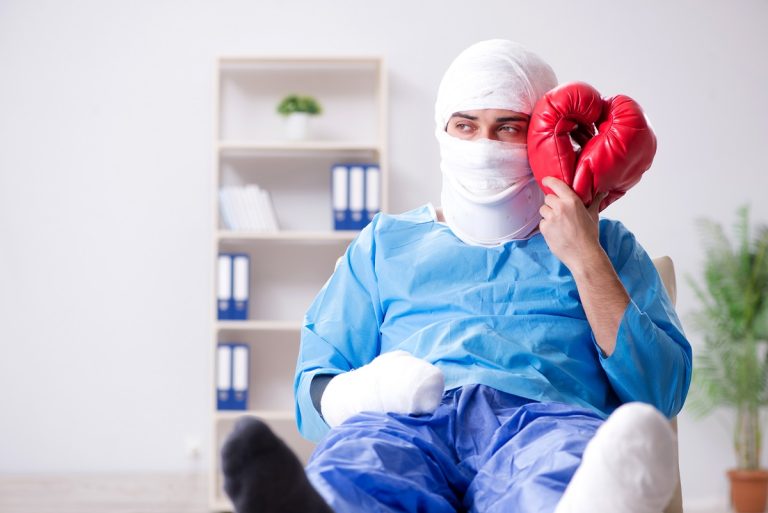 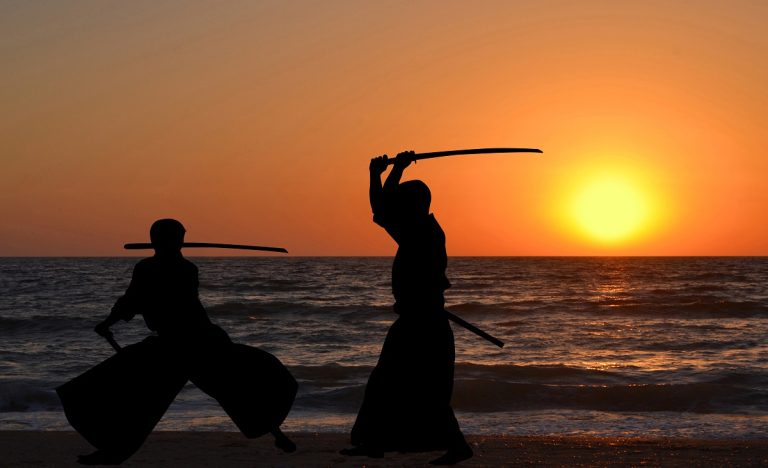 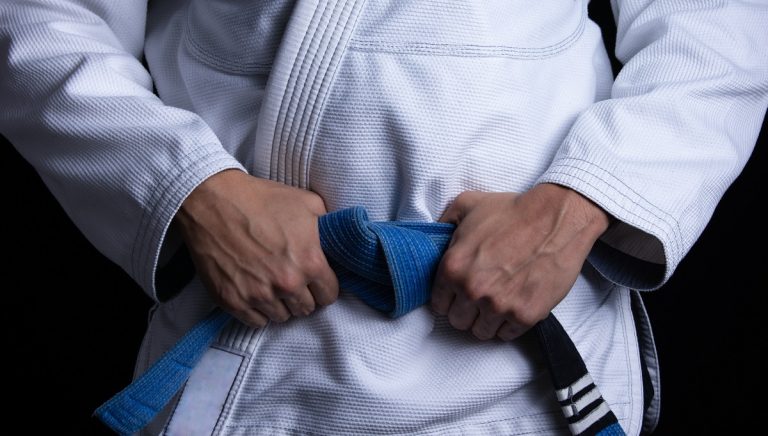 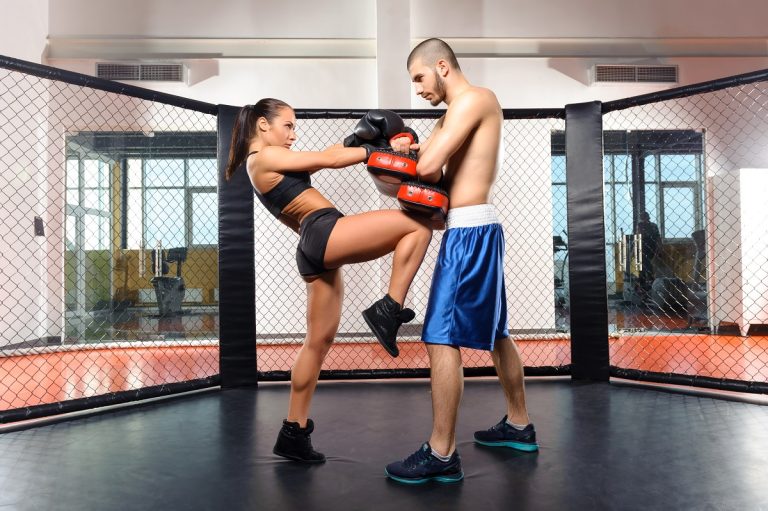 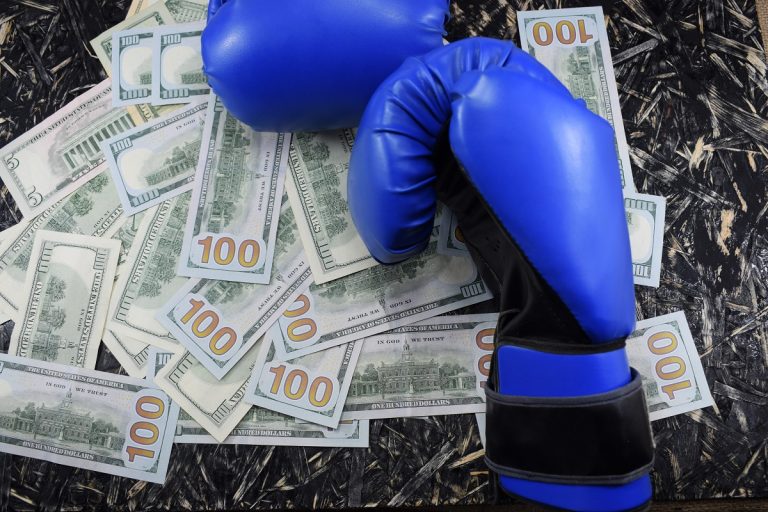 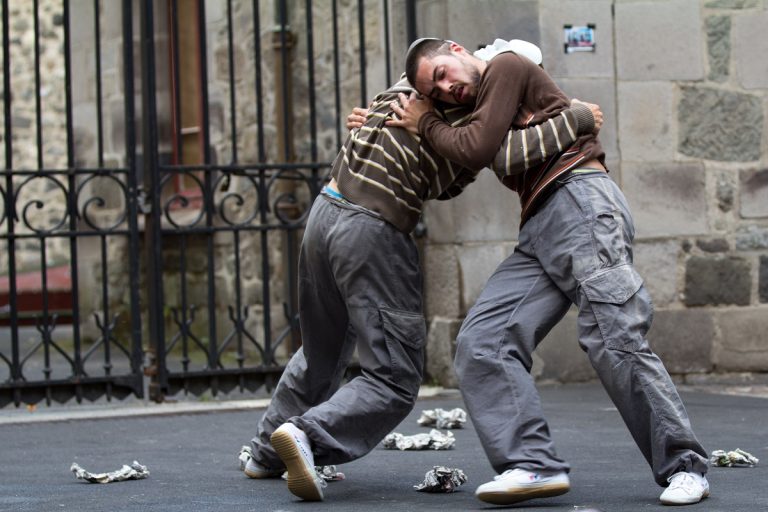